Millennials Tech-Dependent, But Not Necessarily Tech-Savvy 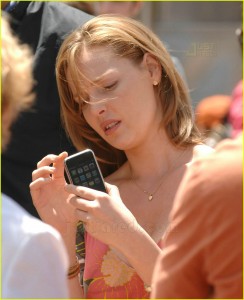 Are All Millennials Tech Savvy?

One of the biggest myths about Millennials is that they are all digital natives, blogging and tweeting their way through life.  The truth is a bit more nuanced.

True, Millennials are some of the most avid USERS of mobile and Internet technology.

Digital media so pervades their lives, they cannot imagine living without it. Digital content and communication literally enables their social lives. Some even refer to this dependency as  ‘addiction’.

A new study conducted at the University of Maryland asked 200 college students to give up digital media for 24 hours and write about the experience. The students’ journals, which amounted to the equivalent of a 400-page novel, were full of stories of deprivation and emotional angst. “We noticed that what they wrote at length about was how they hated losing their personal connections. Going without media meant, in their world, going without their friends and family.”

“I clearly am addicted and the dependency is sickening,” said one person in the study. “I feel like most people these days are in a similar situation, for between having a Blackberry, a laptop, a television, and an iPod, people have become unable to shed their media skin.”

“Texting and IM-ing my friends gives me a constant feeling of comfort,” wrote one student. “When I did not have those two luxuries, I felt quite alone and secluded from my life. Although I go to a school with thousands of students, the fact that I was not able to communicate with anyone via technology was almost unbearable.”

One student said he realized that he suddenly ‘had less information than everyone else, whether it be news, class information, scores, or what happened on Family Guy.”

The Maryland researchers concluded that “most college students are not just unwilling, but functionally unable to be without their media links to the world….Without digital ties, students feel unconnected even to those who are close by.”

Given this level of dependency, it follows that Millennials are adept at manipulating and adapting technology to their needs. However, this is not the case, at least for the majority of Gen Y.

The top six web sites by volume according to Experian’s Hitwise service are pretty mainstream: 1. Facebook 2. Google 3. Myspace 4. Yahoo 5. Yahoo Mail 6. Youtube.  Although my students are adept at Facebook, and finding information, music and videos online, few make use of Twitter or maintain a blog. This is in line with statistics by Forrester, which shows only half of 18-24 year olds are what they classify as  ‘creators’.  Few students make use of RSS feeds, wikispaces or other productivity enhancing tools.

A 2007 study by Northwestern professor, Hargittai on web use among so-called ‘digital natives’ reached the conclusion that there is a wide range of web use and skill levels among young adults. Over 1000 college freshman were surveyed on the frequency and diversity of their web use as well as indexed for skill on 27 variables.  The study found a range of skill and use and concluded, “web-use skill is not randomly distributed among a group of young adults who have grown up with digital media.”  While some of the diversity could be explained via socio-economic status and ethnicity, much could be attributed to what the authors called ‘context of use’, which included the number of years online, the time spent online, access to a laptop and more.  “Overall, these findings suggest that familiarity with the medium is very much related to how people use the Internet and user savvy mediates some of the otherwise observed relationships of user background and online activities.”

A recent article in The Economist also questioned the assumption that all Gen Y’ers are Internet-savvy (“The Net Generation Unplugged”).

“Michael Wesch, who pioneered the use of new media in his cultural anthropology classes at Kansas State University, is also sceptical, saying that many of his incoming students have only a superficial familiarity with the digital tools that they use regularly, especially when it comes to the tools’ social and political potential. Only a small fraction of students may count as true digital natives, in other words. The rest are no better or worse at using technology than the rest of the population.”

The article goes on to point out that according to Pew Research, “internet users aged 18-24 were the least likely of all age groups to e-mail a public official or make an online political donation. But when it came to using the web to share political news or join political causes on social networks, they were far ahead of everyone else. Rather than genuinely being more politically engaged, they may simply wish to broadcast their activism to their peers.”

For marketers, this diversity of use is a caution not to confuse digital dependency with digital savviness. Not all Millennials will be jumping up and down to respond to your latest  crowd-sourced campaign, app or contest.

Many of the popular digital marketing tactics require a level of involvement and expertise may be beyond the skills of many Gen Y members on the far side of the digital divide. Far safer, and more broadly appealing, are approaches where the call to action is easy and intuitive, requiring nothing more than a working knowledge of how to use XBox, text messages, Facebook or Youtube.