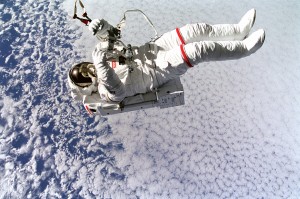 Gen Y represents a specific culture with its own mores, references and preferences. As with other multi-cultural marketing efforts, cultural relevance is a key factor in achieving results. To be relevant, marketers must literally learn to speak the language and communicate ‘we get you, we know who you are and what you like‘.

NASA turned to the Millennials on their own team to ensure cultural relevance.

Three years ago, NASA recognized it had a relevance problem.  Research showed forty percent of Gen Y opposed NASA’s mission and 39% believed nothing good had ever come out of it.  The numbers were even worse among Hispanics.

So NASA leadership asked some of the Millennial members of their own team to help them figure out how the space program could better speak to a Millennial audience. They put together a remarkable  presentation that is still available on Slideshare, called “Gen Y Perspectives”.

The Gen Y team helped NASA understand why it wasn’t connecting with a younger audience, explaining how their generation was different in the ways they grew up, in theirir values, workstyles and  especially in their need to be heard:

The Millennial advisors said it wasn’t enough to just explain the space program and why it mattered, NASA needed to connect in a meaningful way. The team  provided recommendations for how to engage a younger generation, explaining that after all, the space program is inherently cool – it is rocket science!

“For our generation TV is not passive entertainment, it is an interactive experience. And our lives and outlooks have been shaped by this. Anyone can be a star. Everyone deserves to have a say. Getting heard and having a say are not only easy they seem natural. Our generation is not interested because we don’t see the point, we don’t understand the facts and we can’t participate.”

The presentation was widely circulated among NASA leadership and led to close examination of its recruiting and management approaches as well as external communications. It also led to an early embrace of social media internally and by its office of public communications.

Externally NASA now has a ‘Connect’ tab on its home page which offers multiple was to interact with the program, including multiple Twitter and Facebook accounts, apps, Ustream and Youtube channels, Flickr and and more. There are over 100 official twitter handles including @NASA and @NASA_Astronauts covering the gamut of its centers, programs and projects. One astronaut, Mike Massimo, has over 1.25 million Twitter followers and has even tweeted from space (@astro_Mike). There are podcasts, tweetups, and chat opportunities. No social media stone has been left unturned.

Internally, the change was equally dramatic. Rather than rely on open systems which had the potential for touchy asynchronous relationships, they created a proprietary intranet called Spacebook that mimicked the functionality of Facebook but was exclusive to NASA employees. They also leveraged Sharepoint and other Web 2.0 technology and report great success in changing the culture to one that is more collaborative.

“One of the most amazing things about these Web 2.0 technologies, and the greatest value to NASA, is the ability to help us create a culture of engagement and collaboration that makes each individual employee much more effective.” – Linda Cureton, NASA spokesperson

Is it working? According to NASA they have been amazed by the effectiveness of using social platforms to demystify issues and connect with younger generation who have an untapped love of science and exploration.

The second ‘Tweet-Up”, advertised through the main Twitter account,  brought the first 190 registrants for a day at the pressroom at NASA HQ in Washington, D.C.. Here’s how a participant described the event on the Aviation Week blog:

We got to hear Commander Mark Polansky and the STS-127 crew describe their mission to the International Space Station, complete with documentary video, then after a lengthy and obliging Q&A session, we could walk down and shake their hands, get autographs and pictures, and sneak in at least a few minutes of one-on-one conversation.  Michael Curie, the “voice of NASA launches,” played host for the afternoon.  We also took home a stuffed bag full of space schwag and got to wander around NASA HQ (where Dr. John C. Mather’s 2006 Nobel Prize in Physics, as well as NASA TV’s recent Emmys are on display; visitors can browse the library and gift shop, and run into all the space big-wigs wandering the halls).  People have come from as far away as California, Venezuela, and Spain for the Tweetups.

Would NASA have been as successful without the involvement of their Gen Y panel? It’s doubtful. If your brand is looking to do a better job connecting with Millennials, why not just ask them? After all, it isn’t rocket science.

This smart location-driven promotion is a reason to sign up for Gowalla! You can win points by finding items like virtual moon rocks, a NASA patch, a spacesuit and a space shuttle hidden at NASA related locations around the country. When a user earns three of the virtual goods, they  get a special NASA pin for their Gowalla passports. The first 100 users to get three items will also each get a real-world prize: A special edition map, entitled “Search for the Moon Rocks. (click the article above to see a picture.)

This promo seems right on for Millennials – combines the fun of a game, the recognition that comes from a contest and mobility all in one. Congratulations to the social media savvy team at NASA!