Millennials Skilled at Managing on Less 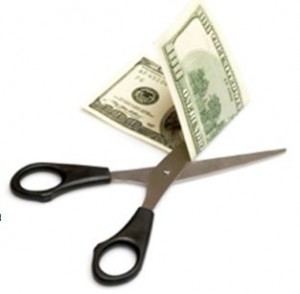 Frugality involves a new set of behaviors for many consumers, but for Millennials, it comes naturally. While they grew up in an era of unprecedented prosperity, they are now becoming accustomed to coping with a lingering recession.  They simply haven’t known a time when they didn’t have to watch their pennies and stretch their bucks.

For Gen Y, ‘economizing’ is a way of thinking that is closely aligned with their attitudes overall toward sustainability, consumerism and spending priorities.

Relying On Parents As “Backstops”

One way Millennials are coping with less is by relying on their parents more to provide a financial ‘safety net’ for basic needs like housing and living expenses.

A new study from University of Minnesota analyzed data from annual surveys collected from 700 participants in the federally funded Youth Development Study to learn more about financial relationships between parents and their adult children. Participants were originally selected in 1988 when they were ninth-graders, and surveyed every year from 1997, when they were aged 23 or 24, through 2005, when they were 31 or 32.  The study found almost half the young adults received either financial support from their parents or permission to return home to save on expenses. Far from being ‘slackers, for these young adults, moving home was a rational response to the increased cost of housing and healthcare, combined with higher unemployment rates.  The savings provides options,  and parents were happy to do what they can to help.  Intriguingly, the presence of support cuts across all income levels, but there is a relationship to education, with more educated parents more likely to provide support.

“I think that maybe we see signs of that in this particular finding, that even [when their children are] in young adulthood, parents are still thinking of them as their project, and that how successful their kids are reflects on their own success as a parent. I’m not saying that one group loves their kids more than the other, or that they care more about their kids’ happiness or anything like that. But it does seem that upper-middle-class and middle-class parents who are more educated kind of have this idea of their kid as their own project, even into young adulthood, and they’re going to help them achieve particular goals that might have to do with academics and career success.”

“Young adults were getting help if they were temporarily derailed by an event like getting divorced or losing a job but not if they had an ongoing issue, like long-term unemployment. … This finding shows us that parents really are helping their kids get toward self-sufficiency and independence. They are supporting their kids in a temporary way when they experience a real negative event or challenge, like losing a job. It’s not like they’re just helping their kids sit around the house.”

Another study by Luminosity showed that 34% of these so-called “Boomerangers” rely on their parents to make financial decisions on internet, groceries and cable/satellite TV, most likely as parents are underwriting the cost. Likewise, the highest levels of parental decision-making occur in the areas of yard maintenance, utilities, home improvement, home furnishings for common areas, and home repair.

Cutting Back and Cutting Out

A Harris poll surveying adults on twelve specific savings strategies shows Millennials are the age group most likely to agree that they are cutting back. Fifty-two percent of adults 18-34 years old agree they are ‘brown bagging lunch instead of purchasing it’. That figure compares to just 45% of adults overall. Other categories where Millennials outpace older consumers in savings include:

In nearly every instance, the figure for Millennials is higher than for total adults.  In the fast food restaurant category, Millennials were the age group that experienced the largest decline in meal and snack occasions during the two years ending May 2010, according to research from NPD/CREST.

Of the 5 million Groupon members, 66% are 18-34 years old. I don’t have statistics on which users are most active, but it’s probably safe to assume that young adults account for a disproportionate number of social coupons purchased and redeemed.

Millennials are famous for researching every purchase before they buy. Research from  Chadwick Bailey revealed that 67% of people under 35 use their smart phones while shopping and 67% of those who use them while shopping use their phone to compare prices.  Another study by Luminosity revealed Millennials are more likely to do research using online sites before traveling.

Marketers who want to reach Millennials are often concerned with how to get their attention. The bigger issue is further down the funnel – how to get them to consider purchasing.  Perhaps a better approach would be to a brand that helps them feel like smart shoppers who save.