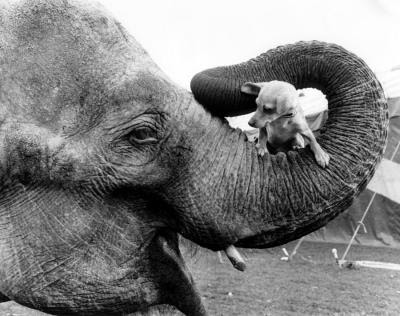 Millennials use social media — broadly defined as Facebook, text messages, Twitter, and blogs — to connect with other people. Each is characterized by a different degree of intimacy, with texting the most personal and Twitter the least. But they are all about people interacting with other people.

Brands and social media are not natural partners. It’s not that brands are unwelcome, they just don’t seem to belong. That makes them easy to ignore, like a guest who has stumbled into the wrong wedding reception. Here’s how young adults described their feelings about friending brands on Twitter and Facebook in two online focus groups:

“Brands that show up on Facebook often look like your parents when they (unsuccessfully) try to act cool.”

“Seeing a brand on facebook makes me just think is spam mail or a scam.” – Bree

“Yeah I don’t really pay attention to the ads on the side of facebook. A lot of them aren’t even accurate.” – Kelsey L

“I’ve never clicked on the ads on the side on fbook or gmail – not out of principle, but they’ve just never grabbed me.” – Chris S

“I mean, I think people use it as a user-to-user network. I mean, you call your connections “friends.” I don’t think I’ve ever joined a brand’s FB group — unless you count maybe a sports teams, though those are usually fan generated …There’s something really offputting about a big brand sending you a facebook group invite. I’d never accept it.” – Mike G

“I think there is a sniff test people give brands when they use such tactics. And I’m not sure what the formula is for passing it” – Courtney S

“I really enjoy being able to “friend” indie rock bands for their music, but I don’t really friend any product company, or brand. I always feel like most brands are scamming you in some way when they want to be your friend.”—Andrew A

Brands are working hard to find a place on social networks. And social networks drive a lot of traffic to branded sites. According to Forrester, (Ad Age) PerezHilton.com and D-listed get more traffic from social media than from Google. But this traffic has little to do with paid marketing campaigns, and everything to do with the personalities behind them. In contrast, brands seem to have little of value to give back. Millennials are keenly aware of the motivation behind brand communication is to ‘sell shit’, which is an automatic turnoff.

“If it looks like you’re getting an ad, it’s a turn-off.”

“I don’t need incentives … I see that as a front … I want to see that they are run by humans and I can relate to them.”

I don’t think I’d friend one unless there was some explicit benefit to being its friend.

“I would want added value from a brand if they are going to connect with me. It has to be worth it. If they added value that they normally didn’t because they were on social media then it would make sense.”

There is evidence that Millennials do want to connect with brands as long as the connections are genuine and of value. One study even suggested Millennials would welcome a separate channel for ‘friending’ brands. Research by Pace University indicates 51% of Gen Y respondents saying they’d “join a separate social network dedicated to managing brand interactions.” Until such a channel comes along, marketers will continue to try to find ways to connect with Millennials and Facebook and Twitter. Here is our advice:

“They need to surprise me with their content or genuine nature or candor.”

“I think a possibility for twitter posts and facebook pages for companies would be to have actual people doing them – to have entertaining personalities or something.”

“If you get the stars of the shows doing it it would work.”

“One cool use of Twitter is with starbucks where they have a person at corporate who will communicate back to you.”

“Good deals catch my attention too, especially for stories I like!”

“Two for one tickets to events always grab my attention, but again, that’s more locally oriented.

“Yea if products and brands to be my friend I want something like … 89 percent off everything.”

“Make me feel smart for buying your shit.”