Is Gen Y Suffering from Too Little Failure? 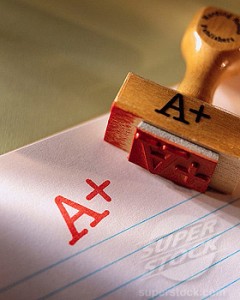 My family experienced a mini-crisis last Friday when my son forgot to bring a bag of Halloween candy to school.  Naturally, he called me to bail him out.  I admit I nearly headed over to Walgreen’s and then up to school, but in the end decided not to.

It was a hard call; the mistake will cost him in an honors class where he dearly needs the points.  According to a new book I’m reading, How We Decide by Jonah Lehrer, I did the right thing by declining to rescue him.  There is a lot of research that says we learn more from our mistakes than our successes: “Mistakes aren’t things to be discouraged. On the contrary, they should be cultivated and carefully investigated.” (p. 51).  Apparently it’s not practice that makes perfect, it’s experience and analysis of one’s mistakes that provides the critical emotional response that allows experts to make the right calls consistently.

Much has been made of the fact that Millennials have been one of the most praised and encouraged generations in history. Yet, according to Lehrer, there is evidence that too much praise, or at least of the wrong kind of praise, can actually be detrimental to learning.  A series of experiments among four hundred New York City fifth-graders by Carol Dweck, a Stanford psychologist, dramatically illustrates the impact of praise on learning.  The group was randomly divided in half. The only difference between the two groups was a single sentence of praise they received after the first task. The impact of that one sentence was felt vividly across three phases of the research.

Phase I: Praise affects how much challenge children choose to take on

One at a time , the kids were removed from class and given a relatively easy test consisting of nonverbal puzzles. After the child finished the test, the resarchers told the student his or her score and provided a single sentence of praise. Half of the kids were praised for the intelligence. “You must be smart at this,” the researcher said. The other students were praised for their effort: “You must have worked really hard.” The students were then allowed to choose between two different subsequent tests. The first choice was described as a more difficult set of puzzles, but the kids were told that they’d learn a lot from attempting it. The other option was an easy test, similar to the test they’d just taken…. The type of compliment given to the fifth-graders dramatically influenced their choice of tests. Of the group of kids that had been praised for the efforts, 90 percent chose the harder set of puzzles. However, of the kids that were praised for their intelligence, most went for the easier test.

Phase 2: Fear of failure impacts the ability to learn from mistakes

The same fifth graders were given a test designed to be extremely difficult — it was originally written for eight-graders. The students who had been praised for their efforts in the initial test worked hard at figuring out the puzzles. “They got very involved,” Dweck says. “Many of them remarked, unprovoked, ‘This is my favorite test.'” Kids that had initially been praised for their smarts, on the other hand, were easily discouraged. Their inevitable mistakes were seen as signs of failure: perhaps they really weren’t smart after all. After taking this difficult test, the two groups of students had to choose between looking at the exams of kids who did worse than them and looking at the exams of those who did better. Students praised for their intelligence almsot always chose to bolster their self-esteem by comparing themselves with students who had performed worse on the test. In contrast, kids praised for their hard work were more interested in the higher-scoring exams. They wanted to understand their mistakes, to learn from the errors, to figure out how to do better.

Phase III: Kids who learned from mistakes outperformed those who didn’t

The final round of tests was the same diffiulty level as the initial test. Nevertheless, students who’d been praised for their efforts exhibited significant improvement, raising their average score by 80 percent. The students who’d been randomly assigned to the ‘smart’ group saw their scores drop by an average of nearly 20 percent. The experience of failure had been so discouraging for the ‘smart’  kids that they actually regressed.

I know it took a while to read all that, but the point is that the impact of praise is remarkably potent and subtle. “When we praise children for their intelligence,” Dweck wrote, “we tell them that this is the name of the game: Look smart, don’t risk making mistakes.” Now multiply that across many tasks and tests and you can see how well meaning parents in an attempt to help their children could impact an entire generation.

I see my kids and my students struggle with the need to be perfect, to live up to expectations, to not fail. They have been so used to succeeding, that failing at something important takes on outsized signficance. How many students have I seen close to tears over a B+?  Too many. Millennials need to start seeing failure as a way to get better, the way all experts become that way.

Sam Davidson, a Millennial and one of the people behind the organization, Cool People Care, recently wrote this entry on Brazen Careerist.I wish more Millennials felt the same.

Not meeting expectations (ours or theirs) in any world (business or personal) looks like (on paper) a whopping failure. Close is good, but in many cases for many people, it doesn’t count. At least not like succeeding does. Therefore, we need to be careful to define failure for ourselves.  We need to realize when we didn’t accomplish something and be motivated to try better next time. But we also need to realize that attempting something great is worthy of respect, and falling short is proof that you fought.