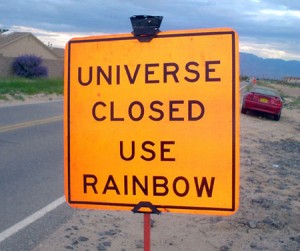 Millennials have a way of driving older folks crazy.  Just this month, two prestigious publications, have featured articles intended to point out what’s wrong with kids today.  Both articles have spurred a lot of discussion and debate.

“What Is It About Twenty-Somethings? Why Are So Many People in Their Twenties Taking So Long to Grow Up?” (NYT)

These are just two articles of many, but the fact that they are from no less than the New York Times and Harvard Business Review is rather shocking. Something important is amiss here.

Gen X’ers and Baby Boomers find this generation puzzling, and rather than strive to understand the differences, instead are inclined to view them negatively.  It’s as if they were visiting a foreign country, and instead of trying to understand the culture, they respond with, ‘Eww, look at them, can you believe it??!’

I’ve written before that Millennials meet the definition of a subculture. Data and experience both show that Millennials look at many things — work, food, religion, politics, fashion and more —  differently. And that is likely to turn out to be a good thing rather than a bad one. After all, we need some new ideas!

Rather than rehash ground I’ve covered before, I’d like to feature an alternative view by Gen Y’er, Tyler Mahoney, a Duke University Divinity School Graduate Student, and Co-founder of Churchrater.com.  Monday he wrote a post for the Huffington Post titled “How to Manage Me. Millennials and Communication.” Mahoney’s main point is that the gap between the ‘children of Google’ and others is more cultural than technological, and is possibly larger than in the past.  The issue of work life balance is just one example he uses to illustrate the gap.

Managing is a two-way relationship. People my age also need to understand our bosses’ worldviews. Peter Brinkerhoff, nonprofit consultant and author of Generations: The Challenge of a Lifetime for Your Nonprofit, says finding an appropriate work/life balance and flextime are two of the main points of tension the millennial generation faces in the workplace. “We [boomers] think of work as being a place,” he says: “If you’re not at work, you’re slacking off.” We millennials however are consistently looking for a better work/life balance than our parents- who by in large were workaholics.

If I’ve finished my work, I want to go home early, play recreational soccer, and watch the Daily Show. Brinkerhoff says this is a source of disconnection between millennials and Boomers. “We [Boomers] take our work home, but we don’t realize that you [millennials] do work at 3 p.m., 9 p.m., or 11 p.m.,” says Brinkerhoff, “You’re always wired so you always have the opportunity to work. We don’t understand your level of connectedness.”

This confusion owes to the fact that the schism between the millennial generation, Gen X, and baby boomers is much larger than in past generations. “It’s not just age difference, it’s a cultural difference,” says Brinkerhoff. I know and grew up around technology that enabled me to speak and communicate in ways my parents could not have imagined. From our smart phones to our Facebook accounts, we are living in a connected world that allows us to work on the bus, on planes with Wi-fi, and at home after dinner — and, for some of us, even during dinner. Work to us is not just one place: it’s any place where there is a CAT-5 cable, Wi-Fi, or a 3G signal

Another difference Mahoney points out is the closer relationship between parents and their Gen Y offspring. He points to the shift in the marketing approach used by U.S. military recruiting as a smart response to this important cultural change.

Gen X recruitment focused on “risk, the individual, and personal conquest,” while millennial recruitment focuses on why we’re fighting in the first place. Millennials, says (Neil) Howe, “are looking to be on team that is more than just the some of it’s parts.” We millenials are looking for meaning in what we are doing. “The drill sergeant won’t yell at millenials when they get off the bus for basic training,” says Howe, “They will thank them for their service in a time of war.” That service, provides meaning. This is most poignantly exemplified in the different military commercials used for Gen X and Gen Y. Whereas years ago Marines commercials featured a lone soldier braving adversity and squaring off against — by today’s standards — a poorly-animated lava dragon, today’s ads show young people explaining to their parents why they want to join up. This trend in inter-generational marketing, according to Howe, rests on the fact that “parents are being brought into the equation” in ways they weren’t twenty years ago.

I love this example because it is values neutral. Marketers (and managers) need to stop complaining about young people and understand how to leverage the differences as potential strengths.  Think of yourself as a foreigner in a foreign land and behave accordingly. Get to know the language, customs and the reasons why they are the way they are.