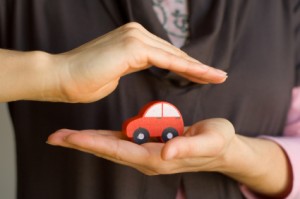 Yet another study appeared today showing Millennials are less interested in driving around in a car than they used to be.  Sixty-seven percent of 25- to 34 year-olds say they’d drive less if other options were available.

This study may be a little self-serving, but the evidence was already pretty overwhelming that cars are well-down on the Millennial shopping list. Last spring, Ad Age ran an article titled, “Is The Digital Revolution Driving a Decline in Car Culture?” They reported only 31% of 16-year-olds and 49% of 17-year-olds had licenses, with the decline accelerating rapidly since 1998. Share of miles driven by 20-30 years dropped to 13.7%  in 2009 from 20.8% 10 years earlier.

What’s driving the decline in driving?

A whole constellation of factors appears to be at work here: concern about the environment, the poor economy and high  unemployment, a shift in priorities toward experiences over stuff, and the availability of better options, such as ZipCar and public transportation.

Beyond these more ‘systemic’ factors however, is a nagging sense that perhaps the automotive industry itself has yet to make cars and the car buying process appealing to Millennials. Last summer the Examiner reported on a study by Wakefield research that found “Millennials Say Buying a Car More Painful than the Dentist“. The study revealed Millennials think cars are unappealing and the purchase process is worse. Here’s what they had to say about buying a car:

More than half of Millennials classify negotiations with a car salesman as more painful than going to the dentist. That common conception certainly isn’t going to help the auto industry.  It needs some proverbial laughing gas to make the process a more enjoyable one. Millennials know just the thing. Internet. Eighty-four percent of Millennials agree that having convenient Internet access in the dealership during the car-buying process would make the whole experience seem more “fair and transparent.” More than anything, that means Millennials want to have easy access to research while they’re at the dealership. They’re likely trying already–from their phones.

A study by Microsoft on Millennials and the shopping process revealed similar results. They found Millennials want to connect with car companies through IM (56%), company blogs (74%) and mobile alerts (52%) about new car releases and price drops. Fifty-two percent said they would use self-service kiosks or mobile devices at the dealership rather than talk to a real person.

Pain in the purchase process aside, there is evidence that the industry is not addressing Millennials’ needs: high tech, high mileage, low maintenance cars.

All this spells opportunity for car manufacturers. Why not create a car that is designed from the beginning to make D-I-Y an affordable and realistic option?  If Millennials are willing to pay more for low mileage, why not follow the lead of Ford, Kia and Scion and offer more fuel efficient cars? If they are used to having fully-featured computers, why would they settle for a stripped down car?

There are some who will object and say the trend is one of delay not denial. It’s possible that as Millennials age, have children and move to the suburbs, their needs will change.  Maybe. But, I believe they will continue to look for a different way to satisfy those needs.

If auto marketers aren’t successful in reversing the trend, the ramifications of loss of interest and dependency in cars by Millennials goes beyond the car industry itself. There are implications for housing, urban planning, the auto insurance industry, retailing, and makers of alternative transportion. Perhaps it’s time to invest in bicycles?