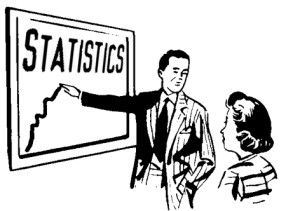 For a quick primer on the subject, we offer these facts and insights, along with original source links. Nearly all the articles are from within the past 2 months.

In 2012, 55% of cell owners say they use their phone to go online in 2012, up from 31% in 2011. Among those who go online with their phones, 31% say they do most of their online browsing on their phone, rather than a computer or other device. This figure jumps to 45% among Millennials 18-29 years. (“Some Do Most Browsing Only on Cell Phone,” Research Brief)

Tablets have become the preferred device at home and smartphones are preferred on the go, with 37% of those surveyed using smartphones out of home to make a purchase, versus a negligible percentage of tablet users. Still, 55% of respondents report first learning about a product on their tablets. (“Smartphones Influence 5% of In-Store Sales,” Marketing Charts)

With more than 60 million Americans forecast to own a tablet computer by the end of this year, retailers say the devices are driving an increasingly larger share of online revenue. According to the 2012 Shop.org/Forrester Research Inc. State of Retailing Online survey, 49 percent of merchants reported their average order value from tablets now exceeds Web sales from laptop and desktop computers and smartphones. (“Tablet Shoppers Take Buying Seriously,” Boston Globe)

According to a June report by SymphonyIRI, Millennials index highest among age groups in the influence of smartphone apps (362 versus an average 100) when shopping for CPG products, although only 15% of Millennial shoppers use these apps when making brand decisions. 56% of respondents overall are likely to spend more money at a physical store if they have used digital channels to research the product prior to purchase. Among mobile shoppers, smartphones are nearly as likely to be used on the way to the store (50%) as in the store (60%). (“Websites the Preferred Digital Medium in Online Purchase Journey,” MarketingCharts.com)

Consumers who frequently use social media and apps on their smartphones claim to be more loyal to brand-name items versus private label. (“Are Apps Whetting Our Appetites?” NPD Insights)

Consumer in-store mobile activities add to, rather than take away from, in-store sales as smartphone users are 14% more likely to convert in a store than non-smartphone users. Most in-store researchers (35%) bought from the retailer’s store location where they were comparison-shopping, 19% bought online and only 8% went to another store. (“What Brick and Mortar Stores Can Do About Showrooming,” SearchEngineLand.com)

A February 2012 survey reported 46% of US online shoppers researched products in-store, only to ultimately buy online.  Smartphones influence 5% of all retail store sales in the United States. This figure that is projected to grow to 20% by 2016. Electronics and appliance stores see the highest smartphone use and frequency (49%) among 11 types of retail stores (including department stores, apparel, grocery stores, etc.), where smartphone use influences 5.1% of sales on average. 37% of smartphone owners who used a smartphone on their last shopping trip used a 3rd-party mobile shopping application, and 34% used a retailer’s dedicated app. Conversion rate in stores among shoppers using a retailer’s dedicated app was 85%, fully 21% points higher than those who did not (64%).  (“Smartphones Influence 5% of In-Store Sales,” Marketing Charts)

Mobile Attitudes Catching Up, but Have a Ways to Go

Online purchasing was rated the “Overall favorite” by 59 percent of those surveyed, as well as the “Easiest” (68%) and “Most convenient” (68%). But people trust traditional stores the most when making purchases: Bricks-and-mortar stores won the highest marks for “Most reliable” (69%) and “Safest” (77%). Mobile was in third place across all measures except for two: It was a distant second to Online for “Most convenient” (38%) and “Easiest (27%).  (“Shopper Sentiment: How Consumers Feel About Shopping In-Store, Online and via Mobile,” Nielsen Blog)

The U.S. consumer is not yet sold on payments, as only 19.3% have decided to make a payment using a mobile device. (“Mobile Payments Still Slow to Catch on in U.S.,” ComputerWorld.com)

Retailers need to understand the many different digital shopper profiles, which can range from “Digital Shopholics,” who are early adopters who use the latest technology, to “Rational Online Shoppers,” who prefer the Internet channel, but have little interest in social media or shopping apps. Other categories include: “Occasional Online Shoppers” (who tend to be older and shop online infrequently), “Value Seekers” (who are more price sensitive and less interested in the online channel) and “Techno Shy Shoppers” (who tend to stay away from the digital channel altogether). Digital shoppers are not loyal to any one particular channel; they’re loyal to the overall journey.  (“Get Ready for Retail Showrooming,”, Mediapost.com)