McDonald’s focus on Millennial marketing goes beyond the McWrap

An underlining goal for many restaurants todays is to target Millennials with cravable food, fast and casual dining and a somewhat nutritious meal. 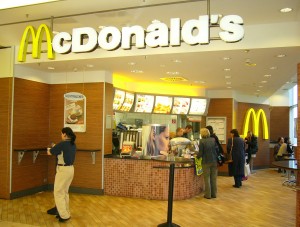 Competitors such as Panera, Chick-fil-A and McDonald’s have been fighting for the Millennial generation business. They’re advertising, tweeting, blogging and sharing posts on Facebook. Who is winning? McDonald’s, according to a USA Today article published this week.

While $247 billion annually from Gen Y is supporting the economy of McDonald’s, CEO of McDonald’s, Don Thompson expects to closely target this group of millennials. With ideas floating around such as all-day breakfast, loyalty programs and a soft drink with Red Bull in it, CNBCs reporter, Carl Quintanilla has shown interest in McDonald’s success as well.

Menu items at McDonald’s have changed to appeal to the nutritional aspect Gen Y is searching for. Rather than a double cheeseburger, they’re going for the new McWrap. Variations of the McWrap include Chicken and Bacon, Sweet Chili Chicken, and Chicken and Ranch. McDonald’s interactive website features music, graphics, and clickable links that cheer for the consumer when they choose the McWrap as their meal option. The best part? The convenience of the wrap sliding perfectly into your car cup-holder.

Another addition to McDonalds’ menu is their smoothies added to their McCafé menu, which it’s promoting on Twitter with the hashtag #MomentsOfWonder and #BluePomSmoothie. The newest flavor, Blueberry Raspberry Pomegranate has been trending on Twitter, and attracting Millennials to participate in the conversation. McDonald’s is asking people to retweet updates if they are excited about this new healthier addition. One tweet has received about 250 retweets so far.

RT if you want our NEW smoothie made with blueberries, raspberries & a splash of pomegranate juice! #BluePomSmoothie twitter.com/McDonalds/stat…

Though McDonald’s is extremely visible with social media and millions restaurants worldwide, competitors are watching their every move. According to research by Barkley in conjunction with Boston Consulting Group and SMG, the attraction to fast food is up to 40 percent while fine dining is under 10 percent. Let’s face it millennials love fast food. 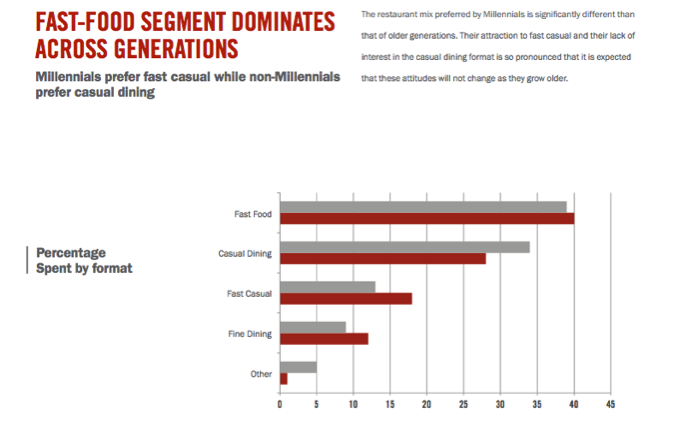