Marketing at Music Festivals: Playing to the Millennial Crowd

Want to strike a chord with the coveted Millennial generation? Connect with them at music festivals this summer.

At any given music festival, you’ll see crowds of people waiting at the entrance, huddling around the beer tents, and jamming to their favorite bands. However, you might not expect to see large groups of festivalgoers congregated around brand activations. These activations are located throughout the festival grounds where brands try to integrate themselves into the event itself. We’re not talking posters and personal selling per se. This method of advertising comes in the form of experience. Rather, you’ll see brands giving out free samples and souvenirs. They will host celebrities guests, hold contests, and offer sweepstakes: anything to lure festivalgoers into their inviting, and not to mention, air-conditioned tents. It’s a subtle, yet effective way for brands to become a memorable part of the festival for attendees.

Now more than ever, brands are using music and entertainment to establish a strong relationship with consumers. In fact, brand sponsorships for music festivals, tours, and venues totaled 1.22 billion dollars in 2012 and are projected to increase over the next few years. Music is a powerful way to create an association between a brand and its audience. Nielsen’s research reaffirms this potential. According to its Music 360 report, 76 percent of festivalgoers say they feel more favorable toward brands that sponsor a tour or concert, and 51 percent of all consumers feel this way. This statistic is hard to ignore, especially since the majority of festival attendees fall within, (yes, you guessed it), the Millennial generation.

Music festivals are appealing to brands for a number of reasons. For one, there are thousands of people in the same vicinity for two or three days, mostly within the beloved 18-34 year-old age range. Secondly, there’s a pretty significant chance that the attendees have some disposable income. (Hence their ability to attend the festival in the first place). Finally, what better way for a brand to present itself as cool and relevant than by partaking in popular trends like music festivals?

Although many brands are embracing the music festival trend, it is important for them to evaluate the practicality of this investment. In most cases, festivals work with brands that capture and reflect the spirit of the event. Otherwise an unnatural and awkward interaction is bound to result.

For the brands with a music festival’s certificate of approval, here are some ideas to win over Millennial festivalgoer’s hearts.

Stay “in the know”

According to research, approximately 74 percent of music streamers lean toward brands that 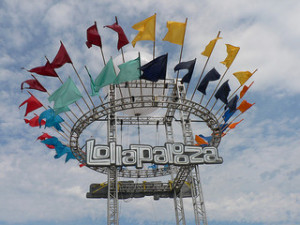 engage them through music giveaways, sweepstakes, and sponsorships. Red Bull mastered this method by starting a dedicated music blog on its website that covers concerts and festivals sponsored by the brand. The blog is a prime example of how Red Bull is staying current and connected with its target audience. In 2013, Red Bull sponsored one of the main stages at Lollapalooza and provided the energy drink throughout the festival grounds.

VH1 spent the weekend on site at Lollapalooza, where it hosted live music and a GIF photobooth in which festival attendees could create an animated graphic, similar to those found on websites such as Tumblr and and BuzzFeed. The GIFs could then be emailed and shared, giving participants a complimentary souvenir to share with friends. In addition, VH1 provided a 10’ by 17’ screen that displayed fans’ Tweets and Instagram Pictures as long as they tweeted at VH1 with the hashtag, #BestLollaEver. By doing so, VH1 was able to spread awareness about its brand not only at Lollapalooza, but also through entire social networks.

Participate in the pop-up trend

Harper’s Bazaar brought the ShopBazaar pop-up boutique to Coachella. Throughout the festival’s first weekend, the event took place in the Parker Palm Springs hotel. All purchases were made through ShopBazaar.com via MacBooks and iPads in the pop-up. Guests could walk away with new clothes to wear to the festival, while ShopBazaar benefited from new customer data and a showcase of its collection.

An effective way of Marketing to Millennials™ is to create a meaningful and memorable experience, rather than slewing advertisements at them left and right; they’ll see right through it. Brands that excel in establishing personal relationships with potential customers are more likely to earn their loyalty. 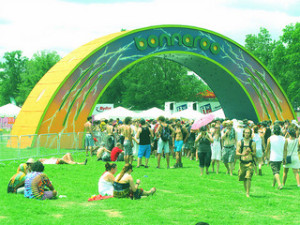 conditioner samples to attendees. After all, who wouldn’t want to get clean while camping out in the Tennessee summer heat?  Additionally, people could have their hair washed and styled at the Garnier Fructis tent.

Ford Motors also partnered up with Bonnaroo to create an exciting experience for attendees. To promote the Ford Fiesta, it built a garage in the middle of the festival where festivalgoers could lounge in chairs and enjoy live music performances. Free customized T-shirts and a photobooth station were also available.

Music festivals are more than a destination for live music; they are a place for festivalgoers to make memories. By integrating your brand into the experience, you can also integrate your brand into festivalgoers’ minds. Millennials in particular, are likely to support brands that stay up to date and participate in popular trends such as music festivals. Positioning your brand in new and engaging ways will be sure to attract Gen Yers and can potentially earn you a few thousand more paying customers.