Restaurants, bars and local pubs are reaping the benefits of serving craft beer. Take Millennials for instance, they look for the authenticity, flavor and history of the beer they drink.  With 2,592 unique craft brands sold, the variety of choices targets Millennials perfectly.

If you’re unfamiliar with how craft beer is different than regular beer, here’s the scoop.  Craft 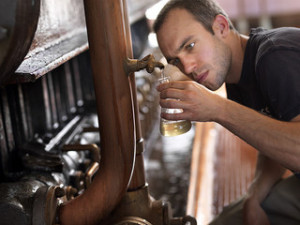 beer is made from a craft brewery which is a small, independent and traditional brewery. It’s anything but you’re typical Budweiser or Coors. Let’s break that down. According to the Top of the Hops Beer Fest, a small brewery produces between 2 to 6 million barrels of beer per year (depending on their location).  An independent brewery has less than twenty-five percent owned or controlled by an alcoholic beverage industry. Lastly, traditional craft beer brewers represents the greatest volume or at least fifty percent of its volume which enhances the beer flavor.

Millennials like supporting businesses that have the power to make a difference in their life. As far as Millennials go, drinking “healthier” beer that’s typically less expensive with more alcohol content than regular beer, gives them another reason to purchase craft beer. With an average market growth of 9.3 percent per year, it gives Millennials the confidence and positivity of these brands to sustain their loyalty.

The addition of craft beers taps into the Millennial desire for adventure. Nearly two-thirds of

Millennials consider themselves adventurous, according to “American Millennials: Deciphering the Enigma Generation,” a research report by Barkley in conjunction with Boston Consulting Group and SMG. Trying new restaurants and pairing it with their favorite craft beer is exactly how these microbrewers stay in business.

All facts aside, Millennials love beer.  Reasons why they’re choosing craft beer over leading brands includes variety, taste and the experimentation with seasonal and local choices. Millennials know what they want, with craft beer, there’s an option for every taste bud.