Price vs. Premium: Which Grocery Brands are set to Win Big with Millennials?

As millennials are starting families and settling into more traditional buying roles, several of the most successful grocery brands in the U.S. are set to fight for share of stomach – and wallet – among this powerful buying group.

How does the grocery industry look today?

Keep in mind that groceries are an untouchable category for consumers—an essential need that must be met. According to the Bureau of Economic Analysis, consumer spending on food and beverages remained stable during the most recent recession.

From our view there are two unique battles taking place. The first involves the price war showdown between Costco, Target and Walmart. 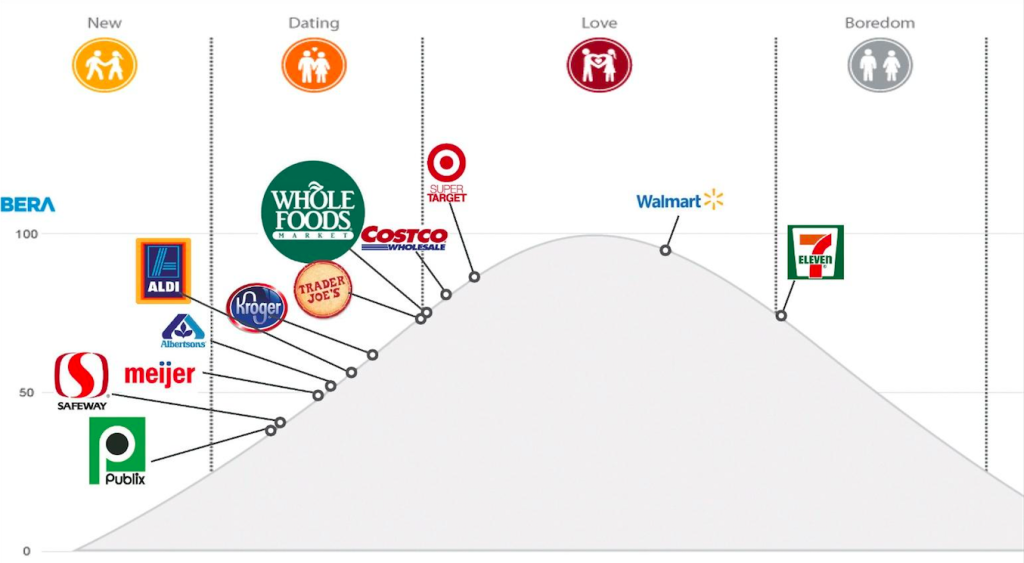 The relationship millennials have with grocery store chains.

When it comes to the grocery discount battle, Walmart remains the king. With 55 percent of Walmart’s annual revenue coming from grocery sales, the brand is the biggest grocer in the U.S. (Source: Trefis)

Many mistakenly assume that Target would be chief among millennials when it comes to grocery retailers. In fact, Walmart remains the most popular choice among millennial parents among retail visits overall. According to Barkley’s most recent study, when given the choice to shop at only one store (Amazon, Target or Walmart) for the rest of their life, millennial parents chose Walmart. Why? 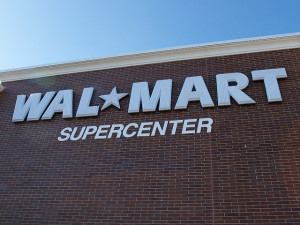 First, Walmart dominates in scope. With more locations than any U.S. retailer, they are sometimes the only option for consumers—especially in urban and rural communities. Second, Walmart has been in the grocery game far longer than Target. So, how will millennials influence this battle? Target must offer this generation a reason to pay more for groceries. Walmart will likely always win the price war. Contrary to popular belief, millennials are frugal and trade up for very little.  So, how can Target win? By convincing millennials they are getting something extra with their purchase. Whether that’s a better health perception, a premium choice, a compelling house brand, Target’s success will lie in serving up these unique offerings to the correct millennial segments.

While the outlook for Target’s grocery battle is definitely an uphill climb, they have a window of opportunity. That stands in sharp contrast to Costco’s grave outlook with millennials. While the brand is beloved by many, this generation on a budget is unlikely to accept paying for a store membership. Millennials are a generation that strives to do more with less: less kids, less home, less car. How will this pragmatic group transport and store all of their bulk goods? It remains to be seen how this challenge will shake out, but the onus in on Costco to develop alternative ideas to attract millennials to the warehouse.

While Trader Joe’s and Whole Foods are considered compatriots in the organic grocery space, there are very distinct differences between the two brands. First up, Whole Foods. The brand checks off many millennial boxes: a focus on health, an interest in where and how products are made and perhaps most important, they make the customer feel better about themselves. Whole Foods also dominates social media when compared to the virtually silent Trader Joe’s. So, what is this brand’s major challenge? Price perception. Whole Foods has such a luxury label among the masses, it should aim to target consumers with extreme specificity and educate, educate, educate.

Many may be surprised to learn that because of Whole Foods’ size and leadership in the organic space, most of its organic products cost less than you would find at the price-cutters at your local grocery story or even Walmart. Further, Whole Foods must be willing to fall on the sword for a certain segment of millennials that are educated, wealthy and motivated. Focusing most of your marketing effort on one specific segment is something that few brands are brave enough to do. In the mass retail space, brands like Target and Walmart don’t have the luxury of appealing to just a small segment of consumers. For Whole Foods, it’s an advantage—if they’re willing to do it.

Trader Joe’s shares a smaller, but loyal following, just as its organic rival Whole Foods. Yet, the Trader Joe’s experience stands in sharp contrast to Whole Foods. The stores tend to have a much more local, mom-and-pop feel, with less selection and smaller footprints. It’s rare you’ll find someone buying all of his or her groceries for the week at Trader Joe’s. While this may be a turn-off to some generations, it fits quite nicely into the Millennial Mindset®. Millennials looking for specialty ingredients like cheese, flowers and organic fruit, may swing in to stock up for their weekend party. Which also leads to one of Trader Joe’s distinct advantages—wine. While the other grocery retailers we’ve discussed all feature alcohol sales (as long as local state laws allow), it’s Trader Joe’s that jumps to the forefront of this important market. Millennials drink wine at a surprising and dominate rate for such a young generation. No longer the purview of old, upper-crust consumers, Trader Joe’s famous “Two Buck Chuck” will help draw millennial consumers looking for a deal.

Who will win the battle for the millennial grocery shopper? Each of these brands has something unique to offer savvy millennial consumers. Whoever brings the most brand appropriate disruption to the category will end up the biggest winner.