What We Can Learn from Modern Innovation

While there are many negative connotations associated with millennials, one thing that few would argue is the fact that they are “digital natives.” Where older generations have had to adjust to learning and adopting innovations such as personal computers, the Internet and smartphones, millennials have grown up with these technologies seamlessly integrated into their lives. They were raised speaking the tech language and became fluent at an incredibly young age.

We already know that at 80 million strong, millennials are the largest generation in American history and they possess $1.3 trillion in direct buying power. These daunting numbers combined with the fact that they know tech like Miley Cyrus knows a wrecking 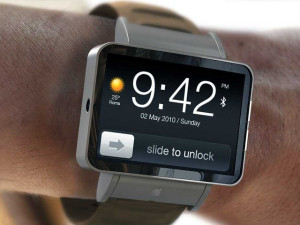 ball, it is no wonder that businesses, regardless of industry, are looking to cash in via social, mobile and digital technologies. What is continuing to surprise these businesses, however, is that Gen Y is very selective when it comes to adopting new technology into their daily routines. So why aren’t all tech-based innovations resonating with this cohort?

Too High, Too Fast

One main reason that many millennials haven’t adopted certain advancements is because the tech surge is becoming more and more overwhelming. Although one segment of the millennial generation is more likely than any other generation to be early adopters of new social, mobile and digital technologies, many of the other segments treat new technology the same way they treat anything else. It must prove its useful value before it is considered. A shining example of millennial reluctance to embrace all new innovation is the wearable tech industry.

Some say that the smartphone is simply an extension of the millennial anatomy. However, that doesn’t imply that all millennials are ready to take the literal next step by actually wearing the technology. Since many millennials would rather lose their car than their phone, it seems unreasonable to ditch them for a pair of glasses. Not only do these innovations require a bit of a leap of faith, but they also require millennials to take a bit of a risk with their hard-earned discretionary dollars.

The younger millennial group grew up watching their parents go through the worst economic conditions since the Great Depression and the older end of the demographic went through those conditions themselves. It is no wonder why they are not yet willing to go out on a limb and purchase new, un-proven, hardware when their smartphones own many of the same capabilities. This reinforces the importance of usefulness. No matter how cool the piece of tech is supposed to be, if it offers no real useful advancement, odds are it will swing and miss with most millennial segments.

On the other end of the spectrum, there are many tech advancements that are absolutely winning with this generation. Take ridesharing applications, such as Uber and Lyft, for example. These apps require no immediate fiscal commitment, yet are extremely useful and practical. Instead of calling or hailing a cab, users hop on their phones and request a ride using a familiar and sensible piece of software. Rather than asking users to go out and spend top dollar on something similar to what they already own, these apps are 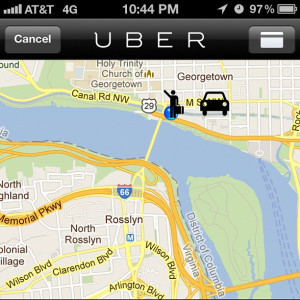 Simply put, for a technological advancement to be relevant to millennials, it cannot move faster than its users. Are wearable smartphone replacements down and out? No. They may just be ahead of their time. If tech does not provide true value for its market, odds are it will not be a home run and currently these replacements offer no unique value. Reasonable, yet useful technology that makes everyday tasks easier for its users, on the other hand, has a chance to not only be relevant to its users, but also become a staple in their lives.