Abercrombie Stops Shouting, but will they Listen?

2007. While it’s only been six years, a lot has changed. American Idol was America’s most watched show, you couldn’t turn on the radio without hearing Akon and Abercrombie and Fitch was one of the most popular apparel brands in the US. Feeling old yet? Since then, Simon left Idol, Akon fell of the face of the Earth and Abercrombie has been under scrutiny and is becoming more and more irrelevant among its formerly strong teen audience.

But while they’ve lagged behind in everything from sales to brand loyalty, Abercrombie has finally gotten something right. Abercrombie announced they would be dropping their famous logo from their clothing. Even better, they’ve beaten several big competitors to 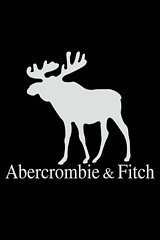 the punch. At face value, this may look like a questionable decision, but it’s actually a big step in the right direction for a brand in need of change.

In the FutureCast fashion report, “Making the Hot List: Retail Marketing Tips for Winning with Millennials”, we highlighted a key point that has emerged among millennials in retail: Fashion is deeply personal. While many brands that high-schoolers once flocked to like Abercrombie, Hollister and American Eagle are higher quality, members of Gen Y and Gen Z alike are caring less and less about the logo itself. 2013 research by Ypulse found that expressing individuality was more important to people ages 13 to 34 than flashing high-end names and that 55 percent of those surveyed said, “I don’t follow trends; I like to have my own personal style.”

If that alone isn’t shocking to heavy branded retailers, at its peak, branded logo goods accounted for over 40 percent of fashion purchases, yet is now less than 10 percent. Brands like H&M and Forever 21 are winning with millennials because they are able to release new fashionable pieces for less than $10. On the other hand, just a pair of jeans at Abercrombie can cost $80.

This difference has certainly made a lasting impression on Abercrombie’s stock performance, as this has marked their 10th straight decline in quarterly same-store sales.

If they’re smart, other brands in this space will start following suit, allowing millennials to co-create their products, too, removing their logos from all over their t-shirts and hoodies. Whether or not they turn on the lights and get rid of some of the cologne is anyone’s guess.

My real question out of all of this is, where the heck is Akon?

If you liked this post, check out Millennial Marketing Trend #7: Stand for More than your  Bottom Line.