The Language of Gen Z: Memes

Young people have always been the pioneers of language, but it seems like young people today are rewriting the dictionary faster than ever before. Gen Z speaks in confusing ways, and it can be too much to keep up with. But while Grandpa can plug his ears and complain about the “kids these days,” your brand can’t. Gen Z already has a lot of buying power, and indirectly holds influence over even more. They are also key voices online, so a rejection from Pivotals can be an bad omen for your brand.

So, how can we learn to speak their language effectively? This series will be focused on the unique forms of language Gen Z uses to communicate, and how brands should and shouldn’t interact with those forms of language. First up: Memes.

In his book The Selfish Gene, Richard Dawkins coined the phrase “meme” to define a “unit of cultural information passed between people”. Essentially, that’s all that memes are: an evolving pattern of information shared between people. The earliest examples of internet memes are simple, variations on basic forms. Take the memes Bad Luck Brian and Good Guy Greg for example. Both are two part jokes. Bad Luck Brian, you guessed it, always has terrible luck. 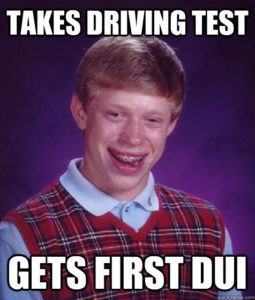 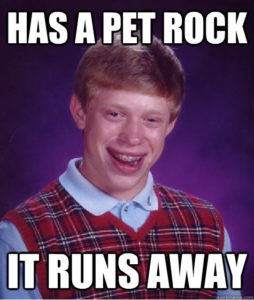 Good Guy Greg at first seems less than stellar, but is then an incredibly good guy. 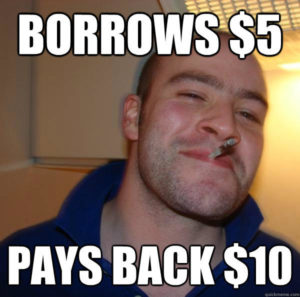 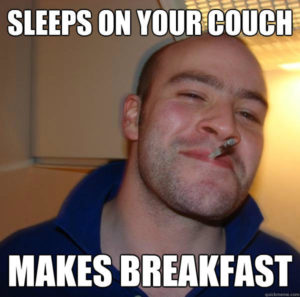 This basic idea repeats itself with all memes. A particular format is established, followed by variations.

Over time, the formats become more diverse, and different memes get mixed together, like this one: 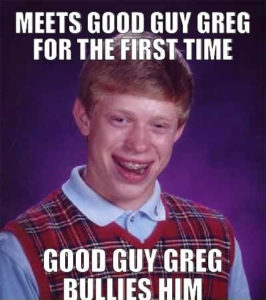 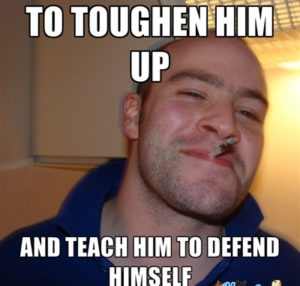 So, memes are often images with text, but memes can also be funny falls set to music , absurdist edits of children’s shows, or tricking someone into listening to a too catchy 80’s song. Memes are a pattern of communication, which is remade again and again by the people of the internet. Note that I say “the people of the internet”, and not celebrities or companies. Accepted memes come from the bottom up, not the top down.

How Are Memes Used?

Looking at memes is an activity Gen Z does both alone and in groups. Memes often can fill a similar communal role as going out for ice cream, watching TV, or playing video games. They enjoy the humor. It’s quite common for friends to send images or videos to each other multiple times a day, and some group chats are entirely devoted to the medium. Be aware that if your brand wants Pivotals’ time, it’s competing with memes along with traditional entertainment.

Memes are often the format for making fun of something, either lightheartedly or otherwise. When the universally panned Pepsi ad featuring Kendall Jenner was released, the internet immediately took to meme formats to highlight its flaws. If your brand gets this treatment online, something has gone horribly wrong. 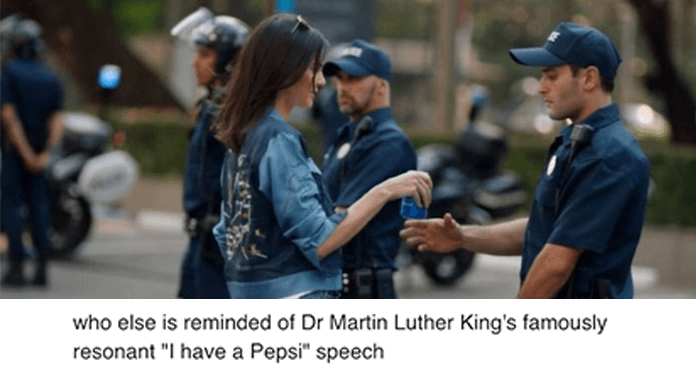 The customer feedback you’re looking for might already exist. People are sharing their opinions, good and bad, through memes. Take the criticism with grace, and the compliments with pride. Prove that you listen to your Pivotals, and your Pivotals will listen to you.

Dos Equis’ Most Interesting Man in the World blew up shortly after it was released. People loved it, and soon began making a meme from the commercial. However, at a certain point the meme was becoming more important than the brand. So, Dos Equis was forced to replace their actor while keeping the main concept.

Pretend To Be Something It Isn’t

While most brands would like to think of themselves as cool, modern and up to date, not all of them are. Be aware of your brand’s editorial authority, and try to avoid sounding like someone’s dad trying to be “hip”. Gen Z has a low tolerance for inauthenticity, and will call you out when you don’t stay true to who you are.

Memes are diverse and unpredictable, just like the members of Gen Z who communicate with them.Your brand needs to pay attention to the world of memes it lives in, even if the wisest thing to do is to not participate.