a) the name of Twitter’s CEO

c) inventor of the term ‘blog’

d) all of the above.

Let’s start with bourbon. According to Mintel, overall incidence of bourbon drinking is 11%, but it peaks among 21-24 year olds (16%). Evan Williams is the 5th most popular brand of bourbon among 21-24 year olds. By far the most popular is Jack Daniels (87% incidence among 21-24 year olds),87%). While whiskey overall has barely grown since 2001, bourbon is growing fast. Maker’s Mark was up 8% in 2007, and Wild Turkey and Evan Williams each grew 5%. (USA Today, “Bourbon Producers see Amber Colored Future”, July 3, 2008) Unlike most distilled spirits, bourbon is more than twice as likely to be drunk by guys, so it’s a fair assumption that young men are driving the trend. Why bourbon? I have no idea, really, but it may have to do with overall shift to more sophisticated tastes among Millennials. Beer is down, wine is up. 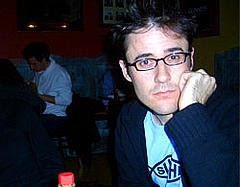 Now for the man. Evan Williams, 36, is CEO of Twitter and, according to Wikipedia, coined the word ‘blogging’. In fact, he invented Blogger and sold it to Google. (His profile says Evan has been on blogger since August 1999 and has had more than 226,000 views.) He describes himself as ‘an American entrepreneur, originally a farm boy from Nebraska, who’s been very lucky in business.’

In addition to rapid growth rates and the uncanny coincidence of the name ‘Evan Williams’, Twitter and bourbon may have even more in common..

As bourbon is dwarfed by beer, wine and vodka, Twitter remains tiny relative to Facebook. Hubspot puts Twitter usage at 4-5 million users, about 30% of which are ‘new or unengaged’. For perspective, Facebook has over 140 million users, and a very high level of engagement. As bourbon is unlikely to approach the popularity of beer, Twitter is probably never going to catch up to Facebook as a social medium. Twitter sees between five and ten thousand new accounts opened each day, far below Facebook’s 600k daily registrations and 140 million active users. “If Facebook stopped growing right now and Twitter’s numbers were at the upper end of Hubspot’s estimates (10k per day) – it would take 36 years for Twitter to catch up.”

I confess I prefer beer to bourbon. I also prefer Facebook to Twitter. I find Twitter hard to understand, it has its own rules, syntax and rhythms. It’s hard to dabble, with much of its power coming from frequency. I also find it a challenge to find something I think my 100 or so followers, mostly strangers, would find interesting to read. In contrast, my Facebook page is not as demanding and I know my friends on Facebook really are interested in what I’m doing. I also haven’t seen Millennials embrace Twitter, at least not yet. Like bourbon, Twitter may prove to be a ‘step up’ taste.