For Millennials, 2009 Was A Year of Waiting 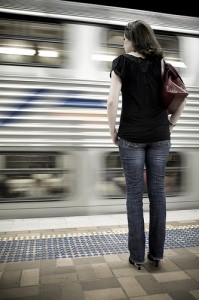 The recession hit young adults harder than everyone else.

The New York Post says youth unemployment is at a post WWII high.  August 2009 Labor Department statistics show that while the unemployment rate for adults 25 and over is 8.3%, the figure is nearly twice as high (15.1%) among adults 20-24 and climbs even higher among teens 16-19 (25.5%). Little wonder Millennials are living in Mom’s basement, deferring purchases and taking out more loans than ever for college.

With so many displaced experienced workers vying for the same jobs as Gen Y, the picture is unlikely to improve any time soon.  We may be dealing with the psychological and economic impact of the recession on Millennials for decades.

Meanwhile,  a generation famous for being optimistic, is becoming increasingly discouraged by their ‘life on hold’ status.  The immediate response was to make the best of things, opting for low paying jobs with non-profits, unpaid internships or going overseas to teach English as a second language. Others opted to spend their time as unpaid journalists, blogging away and honing social media skills in the hope of catching the eye of someone willing to pay them for their time. Others gave up in favor of using the time to travel, hike the Appalachian trail or pursue another degree.

But these were intended as short term strategies. As the recession lingers, one can hear the sounds of frustration mounting.  I hear from several former students a week it seems, each with a discouraging story. With each unplaced graduating class, the situation grows worse, with more applicants chasing fewer openings. Even Non-profits are finding it harder to make ends meet.

There is evidence (BLB’s National Longitudinal Study of Youth) that periods of unemployment during the 15 year transition from youth to young adulthood is related to depressive symptoms later in life (age 29-37). The same data has yielded evidence (analysis by Yale School of Management) that early unemployment can damage earnings for decades.

“In the long run, this has immense consequences which are difficult to overcome. In comparing groups of graduates who entered the work force during economic downturns with their luckier counterparts who graduated in better times, Kahn found that there is a major difference in the amount of money earned over time. “One striking fact,” she says, is that “over 17 years after college those groups have a $100,000 difference in earnings. The problems begin as soon as a new graduate comes face-to-face with a tough job market and begins making compromises. “People leaving school in a recession are starting at a lower-level job and at a lower earning level,” because there just aren’t that many jobs around, says Kahn. In many cases, graduates end up taking jobs unrelated to their career plan. “By the time you switch back into your field,” says Kahn, “you are behind.”

Those who join the workforce in better days, meanwhile, continue to progress in their higher-level and higher-paying jobs where they can hone their skills and receive pay raises and bonuses based on their higher original salaries.”

Even those who do find jobs are impacted by reduced job mobility.  Ironically, Gen Y has been tagged as the ‘job hoppers’ when in reality it is Gen X that is more likely to leave according to Deloitte.

“More than 20 percent of Generation X employees have already been looking for new employment in the past 12 months, which is the highest [amount of active job seekers] for any generation,” said Robin Erickson, a manager in the human capital practice of Deloitte Consulting LLP. …F”orty percent of Generation X employees cited lack of career progress as the prime motivation to switch jobs today, which is considerably higher than their survey colleagues in Generation Y [at] 30 percent, baby boomers [at] 20 percent and veterans [at] 14 percent,” said Erickson.”

Business Week recently offered 23 profiles of Gen Y members who are looking for work. At any other time, this group of talented young people would be welcome addition to corporate and small business teams.For now, they are formulating back up plans and hoping for the best.  “Enter Plan B. It’s a backup life that’s a recessionary reality, one driven not by a prescribed path but by raw passion, fearlessness, or desperation—a midlife crisis a few decades early.”  Alex Figueroa, a Dartmouth grad and Tuck MBA is helping coffee growers in Nicaragua. Mark Saylor, a Seton Hall business major laid off from a marketing position at Linen’s and Things is directing his own play. Blakeslee Curwen, an aspiring brand manager from Babson College is now a ‘rapper/novelist’. Here’s how he describes his transition.

The defining moment for me was when I was 100+ applications into the job search. I got to the point where I was desperate to get some money on the table and keep the lights on, so I put out a Craigslist ad. I called it “From Hedge Funds to Hedge Trimming” and offered to walk dogs, house-sit, manage a sales force, manage books. I was bombarded with spam. So I decided to start focusing on long-term creative things and stop worrying about an economy that I can’t do much about. A little-known fact to my former MBA classmates is that I’ve been rapping for more than a decade and have been signed to an independent record label for the last three years. One of my songs was featured in an online Sprite promotion. Now with a bunch of time off, music is most of what I’ve been doing. I have also started taking creative writing classes at night and spend several hours a day working on my first book, a suspense thriller. This is definitely not what I thought I’d be doing a year ago—writing songs in a studio by day and putting on the desk light to type seriously on my computer by night. Rapping might run its course at some point; I don’t know if I’ll be 37 and wanting to go out and perform at rap concerts. But I’ll take it as far as I can go. Once you get over the initial anxiety of the job market and realize it’s not totally in your control, it opens up the door to do some soul-searching. And that’s exactly what I’ve done.

According to her blog, LittlePRPinkBook, one of the young women profiled in the Business Week article, Sasha Muradali, recently left her low paying job as a clerk with a Miami freight firm to devote herself full-time to finding a position in International Public Relations that uses her talents and two degrees.  Despite her sunny outlook one can hear the frustration coming through.

“On that note, while the recession is a hindering factor in the job hunt for so many Millennials (80 Million Strong anyone?), maybe it isn’t such a bad thing? Someone told me that I sounded more than frustrated recently and that maybe my hurt for the current state of affairs ran deeper that just frustration. I cannot say that they were right, but I cannot say they were wrong either. I feel like we have choices, and we make them the best that we can given our circumstances. Karma has a funny way of going full circle and life has an even funnier way of working out. Go on a outlandish philosophical thought with me for a minute here. The recession is trying us: our pockets, our freedom, our livelihood, our day-to-day activities; you name it. We cannot be left behind or we will stay behind. “

She is right, they cannot stay behind. The recession will push many to new heights of efficiency and creativity, but unfortunately, it will leave many with emotional and economic damage that will take years to sort through.