Millennial Values: Back to the Future? 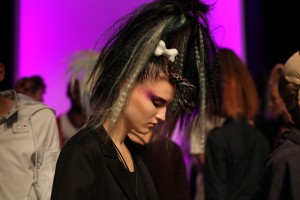 In the book, “Next:  A vision of our lives in the future,” the authors express a paradox about this generation, characterizing them as individuals who are nostalgic for a past they haven’t lived.  This is seen through the ways they cling to old music idols like Mick Jagger and Madonna, or even Michael Jackson.  The authors argue that a paradox lies in the way this generation values some things from the past, while completely rejecting other things.  Do you also see this generational paradox?  If so, how does one go about marketing to this ambiguity, thus having to reconcile the past and the future?  – Ines Schinazi, Interviewer for Talking About Generations blog

This thoughtful question caught my attention because speaks to both the paradox of Gen Y and the debate as to whether generational marketing is really just another spin on youth marketing. I’d like to try to answer it.

It’s true there’s a paradox, and it lies in the contrast between Gen Y’s apparent unique characteristics and their traditional values and brand choices. In many ways, Gen Y represents something totally new:

Despite their differences, Gen Y’s values and brand choices are remarkably traditional. One recent blog hilariously suggested that “Eighties Nerds are Contemporary Hipsters”. More telling for marketers is the puzzle of why does this generation keeps migrating to the same old iconic brands? Where are the new choices for a new generation? Is Coke is still the real thing? Is Pepsi is still for a new generation? Ask a Millennial about their ‘favorite’ brand’s and you mostly hear big name brands that transcend generational categories.

I think the answer to the paradox lies in Gen Y’s traditional core values. Core values are individual’s guiding principles that inform the choices they make and express who they really are. Psychologists make a distinction between values and attitudes, which are more malleable. Millennials social attitudes are in fact, considerably more liberal than any previous generation according to Pew. (see earlier posts: “Gen Y Sees Things Differently” and “The Generation Gap, It’s Back“)

In contrast, what are widely proclaimed as Gen Y values are pretty traditional. These values sound an awful lot like those of their grandparents and great grandparents.

The point is Millennials are reinterpreting traditional values for their times and are committed to living by them.Talk to young people as I do on campus, in focus groups, on social media and on their blogs and you will be struck by their earnestness and idealism, their belief in heros and their desire to make a difference. This is the ‘optimism’ that Obama’s campaign of ‘hope’ captured so well.  They have given thought to their values and are determined to live by them.

Millennials don’t see these values as traditional, they see them as their own.Where Boomer rejected their parents culture in order to proclaim they were something new, Millennials are not compelled to make a break. They happily embrace music, movies and books of quality that line up with their own values. They see no contradiction in embracing Michael Jackson, the Beatles and U2 and do not consider this ‘nostalgia for a past they never lived’; it is not ‘their parents music’, it’s just great music with a relevant message.

Marketers who miss this essential ‘traditionalism’ of Gen Y are missing the paradox that makes them so fascinating. It’s easy to see only the gadgets, the multi-tasking, the profanity, the open sexuality and apparent lack of urgency to get out of mom’s basement and on with their lives and miss the core values that drive them.

The secret to understanding Gen Y lies in their values and their commitment to living up to them. While Gen Y would not articulated it quite this way, I believe they aspire to be the ‘Greatest Generation’, technology enabled. Who knows, they may just do it.