Apple or Dell? Parents Often Have The Last Word. 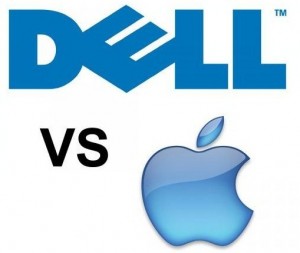 When Millennials are asked what are their favorite brands, Apple generally tops the list. Yet according to research reported last summer by YPulse,  Dell still leads the pack in actual current ownership of computers. Thirty-one percent of college students own a Dell, far ahead of Apple at just 23%.
Apple would appear to be poised to overtake Dell with 37% of students saying that their next computer will be an Apple (compared to an anemic 15% for Dell).  While this ordinarily would be reason to think a shift is underway, exactly the same pattern held true a year ago, with no substantive change in ownership.

Either purchase intentions are less than a sure thing or other factors are at play. That factor is  called Parents.

I have noted before that when targeting Millennials, it’s wise for marketers to “Meet the Parents”. They are unlikely to make major decisions without parental input. And in some cases (especially when they are underwriting the cost), the parents’ vote is the only one that really matters. Computers are perfect example of why that advice is worth considering. According to Ypulse:

“Understanding the apparent disconnect between current use and future intent among college students requires a better understanding of who’s doing the buying and when. Laptops are largely paid for by Mom and Dad just before a college student’s freshman year. Only one third of collegians report paying for their laptop using only their own money – the other two-thirds get help with a portion of the price tag (10%) or have it purchased for them entirely (56%). While deciding what to buy is more often within the student’s control, more than a third (36%) are being influenced by the advice of others.” — YPulse Report, July 2009

High school students show an entirely different picture with parents completely calling the shots when it comes to computer brand choice. Students may prefer Apple, but PC-centric parents are the final word.

“Dell is the laptop brand most often used by high school students at 30% current ownership while Apple trails dramatically at 4% current ownership. Future intent is nearly at parity with 22% intending to buy an Apple and 20% intending to buy a Dell. Merely one out of eight (13%) of high school students paid for their own PC and merely one-third (33%) made the decision as to what they would purchase.” — YPulse Report, July 2009