Six Digital Campaigns That ‘Get’ Millennials 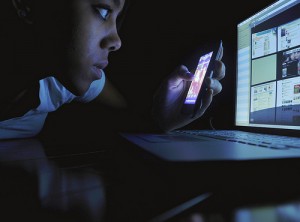 Jim Nichols (aka @catalystjim) is an expert marketer and Senior Partner  at Catalyst SF. On Monday, Jim  gave me a flattering ‘shout out’ on iMediaconnection. Now it’s my turn to return the favor. His insightful article, “Digital Demographics: 11 Brands That Are Doing It Right” spotlights eleven campaigns, six of which are targeted to Millennials.

Here are highlights of his descriptions and critique of the six Millennial-targeted campaigns:

(Hint: Jim included lots of video in his article, to see the campaigns, click on the numbered brand names)

“No organization has a greater interest in appealing to teens than the military. It’s certainly no accident that the imagery in many armed services ads shows great similarity to that of a first-person shooter game. Gaming might be a keystone in military marketing, but so too are social networking, video, mobile, and tailored peer-to-peer experiences that enable prospects to speak directly with soldiers and hear firsthand accounts of life in the military.

Believe it or not, values and ideals are the central themes in all of these executions. In the sponsored games, virtue triumphs over evil. In daily activities, soldiers are more likely to be shown as relief providers after tsunamis than street-to-street fighters. You might disagree with such portrayals for moral or political reasons, but make no mistake — they are central to virtually all of these communications. And that’s because they are central to the sensibilities of today’s teens.”

“I am now going to talk about Axe, for no other reason than to see if iMedia Connection will let me discuss a viral effort called “Clean Your Balls” on these hallowed pages. There’s certainly a seminal idea here..Some 200,000 people are also fans of Axe and the campaign on Facebook. Axe has heavily integrated mobile into the mix as well, most notably in its “Hair Crisis Alert” SMS campaign.  Overseas, the Axe brand has appealed to teens with an IM-delivered spin-the-can game that encourages teens to reveal sex secrets. Since few teens have a high privacy threshold, it offers the brand a prime opportunity to get intimate.”

“Ford’s Taurus effort in partnership with car lifestyle magazine Dub reflects many of these characteristics. By talking to real millenials, not actors, Ford honestly addresses past image problems, thereby making the ultimate family car relevant to the new family values of millennials. The nice rims didn’t hurt, either. But that’s part of being a millennial too: Family? Flash? Doink! Let’s have both! There was a lot more than video to this effort, with digital outdoor, social media, and brand integration on the Dub site, to give just a few examples.”

“Yes, Virginia, Harlequin romance novels are definitely not just for Grandma anymore. There are still pirates with hearts of gold and dusty but decidedly un-stinky cowboys on some of the covers. But Harlequin is working hard to evolve and be culturally relevant to millennials. According to Book Business, Harlequin is at the forefront of e-publishing and “enhanced editions” that combine updated potboiler text with rich content, websites, and interactive experiences especially for Gen Y. Harlequin is a leader in ebooks, offering titles on all the major platforms. In addition, the publisher offers blogging support, widgets, and badges, and extensive online marketing programs designed for the demo. Now, there’s nothing to say that all this interactivity isn’t relevant for all ages, but its success at attracting millennials is getting significant attention.”

5. I Can’t Believe It’s Not Butter

“From where I sit, I Can’t Believe It’s Not Butter’s new campaign is genius. How do you do health product news for a not-health-obsessed target, on behalf of an irreverent brand? Cue Gloria Estefan song! This seems quintessentially Gen X to me both because of the vintage of the song the brand parodies, and the surreal nature of the whole darned thing. There’s also the ironic fun. A thankfully non-jail-baity boy band behind our faux everywoman female lead, Megan Mullally. Majestic lyrics to boot.”

“The ad campaign for FreeCreditReport.com, based on the fear of mundane, menial jobs, seems to be pointed squarely at Gen X. I mean, the idea of having a McJob as a result of a bad credit rating — Douglas Coupland couldn’t have written it better. While the reality of low-paying jobs is sadly known to far more people than just unlucky Gen-Xers, one of the ads comes straight out of “Fast Times at Ridgemont High.”

The article goes on to cover five additional campaigns each targeted to older cohorts, then draws this conclusion about the differences (or similarities) to the Millennial-targeted efforts:

“There is certainly evidence of demo-specific targeting across age cohorts in digital. But having witnessed hundreds of examples in the course of writing this article, I am struck by how the medium is less central than the messages and values. Which is as it should be. It’s apparent that digital has matured to a medium that begins with an idea rather than an executional form…. Teen campaign ideas should be different than senior campaign ideas. We should talk to millennials differently than we do to Gen X or boomers. But the tools we use can come from a common list.” – Jim Nichols

The idea that the idea comes first, media second (what we used to call media-neutrality)  is not new. Whether we were talking about radio, TV or billboards, or are now talking about Facebook, FourSquare, or text, the idea should come first. (Perhaps this should be called platform neutrality?)

Thanks for the shout out, the terrific article and especially the reminder of what’s most important, Jim.