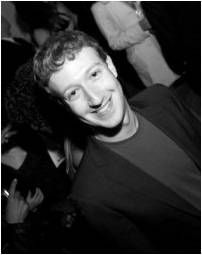 Two news stories dominated the digital marketing world last week, the iPhone lost in a bar and recovered (and reported) by Gizmodo, and Mark Zukerberg’s announcement that Facebook was opening up the social graph to developers. Of the two stories, which do you think was more interesting to my students?

It’s no contest, the iPhone, while of little lasting import to anyone but the people involved, was easy to understand. In contrast, the Facebook story, while even evoking government suspicion, was a yawner. The difficulty seemed to be understanding what exactly marketers would know and how they would use it.  Far easier to comprehend is how marketers might make use of information about you based on your purchase history at the supermarket or from your credit cards. A Toronto Star article, “What the number crunchers know about you” makes this tie pretty explicit.

“People who buy premium birdseed are more likely to pay off their credit card bill than those who buy chrome skill ornaments for the hood of their care.  When an airline cancels a flight, it figures out which customer it can least afford to lose and offers the next open seat to him or her.” – Toronto Star, 4/27/10

I worked hard to make the link between what marketers would know know about consumers based on their Facebook profiles and ‘Likes’. I showed them two of the first applications I know of, the “Likebutton.me” application, which puts all your likes on one page (try this if you haven’t already, pretty vivid demo of the power of the social graph) and Levi’s new “Friends Store” social shopping site.  Yet students still seemed disinterested. It may be because this is the last week of classes, and the end of the year is bearing down. But I think there is more going on here than distraction.

Students don’t care about the F8 announcement because  because it all seemed rather benign.

While they didn’t actually see that there was any real advantage to them in terms of offers or tailored messages, neither did they see any real threat to privacy.  Neither did they see any value in knowing what movies, books or apparel their friends like. After all, as one student pointed out, it matters who is making the recommendation, as they trust some friends’ movie recommendations more than others.  When pressed one student did, tentatively suggest he would be uncomfortable with this:

Joe S: “We know that as we use the Internet, that they are tracking us to some degree and that is in our subconscious. But once you hear that they are going to craft messages based on sites you visit and that you like, the information you put on your page, to me anyway it seems there’s a line in the sand that is being crossed, a little bit, that’s almost as if they know too much about me and that wall of separation between the company and the marketing world and me is kinda blurred. It’s a little troublesome I guess because it feels like there’s no way to get around that.”

However, Joe was the exception, and even his comments did not suggest strong feelings. Most students did not feel strongly one way or another. And perhaps this is what Mark Zukerberg knows and is counting on.