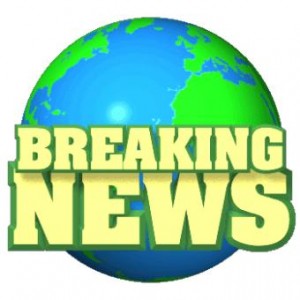 Much attention is paid to what Millennials watch for fun and their disinterest in printed newspapers. So, it’s easy to forget that Gen Y is  actually among the biggest consumers of news.

An April study by McKinsey in the U.K. reports that the average person consumed 72 minutes of news a day, compared with just 60 minutes in 2006. They further report that the increase was driven almost entirely by people under the age of 35.  “Two-fifths of those in this age group said they felt the need to be the first to hear the news, compared with just 10 percent of people aged 55 to 64.”

In the U.S., the Associated Press (AP), a group with a vested interest in Millennials’ interest in news, released a study in March that looked at ‘news ad fatigue’.  The study took an in-depth, ethnographic approach that focused especially on people 18-34.  The study concluded that consumers are “tired, even annoyed, by the current experience of advertising,” and that, as a result, they don’t trust very much of it.

Younger consumers, ages 18-34, have adopted ways of getting their news that are much different from those of past generations. Younger consumers are not only less reliant on the newspaper to get their news; they also consume news across a multitude of platforms and sources, all day, constantly. Among the key touch points in the new environment are online video, blogs, online social networks, mobile devices, RSS, word of mouth, Web portals and search engines.

Newspapers may be less popular with young adults not because they are printed so much as that they are no longer the ‘newest news‘ by the time they hit the newstand. With a smart phone in your pocket, why do you need a newspaper in your backpack? (As an interesting aside, a recent ethnographic study of the contents of over one thousand Gen Y backpacks revealed many ‘low tech items’ like pens and notebooks, but no newspapers).

At the same time, AP found, “consumers do want information relevant to their needs, as well as ways to socialize that information“.

In other words, it’s not just about being informed, it’s about the ability to share information with other people. News is another form of ‘social glue’.  By it’s very nature, news is social currency for Gen Y. The AP study further concluded that where Gen Y leads, other cohorts will soon follow: “the rest of the population is catching up to the vanguard.”

The AP study was designed to understand what ‘news’ means to Millennials and how it relates to their lives.  A variety of ethnographic research methods were used.

The report takes the form of a series of in-depth, individual profiles of young adults and their relationship with the news. Reading through the profiles it becomes apparent the degree to which news, work, entertainment and social media have converged. These are no longer discrete categories of activities.

Here’s a description of how “Mark”, a 28-year old manager of an online travel agency in the U.K.consumes media.

“Mark’s news cycle was continuous and he spent up to six hours a day searching for and receiving information. Mark was on the Internet most of the day and used that time to keep up to date on news coverage and sports-related information. Mark liked his news to be “punchy” and pointfocused. He read the headlines in the Times and followed up on BBC online to “find out what’s happening” with stories that he wanted to track. Mark said he trusts the BBC and Sky Radio (for sports), followed by the Times and the Guardian. Mark’s news consumption was related to other activities that he was engaged in and although he was actively consuming the news, it was almost always in tandem with other activities such as driving or working…

Mark also mentioned Facebook as a source for news. He recently had a friend die and found out about it from another friend who used e-mail viaFacebook to let everyone know about the death. Mark admitted to this being a difficult and potentially unfair way to tell people about the death. He questioned the use of Facebook for certain types of “news.”“

These findings emphasize the need for topicality in marketing and the importance of news to the Gen Y audience. Millennials are accustomed to fresh, relevant content. The blurring between daily activities and ‘news’, combined with the diminished trust Gen Y has for ‘ads’, means marketers who want to reach Gen Y need to spend more time creating ‘news’ than messages.

For marketing that leverages the power of ‘news’ I can think of few better examples than Van’s Shoes. Van’s is a division of VF which also owns The North Face, Jansport, Wrangler and Lee brands. Van’s, which sells both footwear and apparel wholesale, online and in its own retail stores around the world was acquired  in 2004 for about $300 million but has grown steadily since. Van’s actually spends very little on paid media, but is extremely active in youth culture. Even a brief visit to their web site shows an overwhelming amount of ‘news’ – about bands, video, contests, and events (like SXSW).  Their blog, Facebook and Flickr pages are up to date with lots of current posts. The ‘news’ on their site that isn’t really about Van’s or even footwear, but is all about the things their young active, athletic target is interested in.  Van’s really seems to understand their target and how they think about ‘news’.