Love by the Numbers 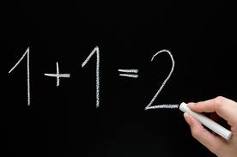 What makes someone attractive? When do couples break up? Who is happiest? Turns out social media data  analysts have been tackling these questions and more.

Facebook and a free online dating site, OKCupid, each make their research available publicly. As OKCupid says “We run a massive dating site and therefore have unparalleled insight into sex and relationships.”

Social psychologists and anthropologists take heed, here are some of the fascinating insights the data folks have gleaned  about tech-enabled romance.

Facebook looked at the use of positive and negative words in status messages over the course of one week in January and filtered the data by Facebook relationship status.

Facebook Break Up Graph: Surprise! Couples Break Up Before Christmas

David McCandless is a designer who pulled information from 10,000 Facebook status updates that had the phrases “break up” or “broken up” in them to see what days of the year break ups happen with the greatest frequency:

Finding: “There are huge spikes of relationship ending statuses during spring break (early March) and in the two weeks leading up to Christmas. Valentines Day, April Fool’s Day, and the Fourth of July are all big breakup times as well. The lowest breakup day of the year, however, is Christmas Day.”

Men and women rated photos for attractiveness. Photos were analyzed according to the number of messages they received and whether or not the messages evoked a response from the recipient. 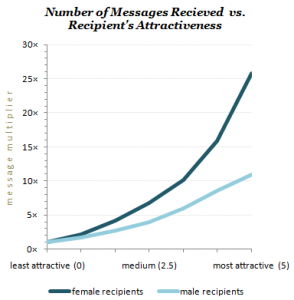 Finding: Site-wide, two-thirds of male messages go to the best-looking third of women. So basically, guys are fighting each other 2-for-1 for the absolute best-rated females, while plenty of potentially charming, even cute, girls go unwritten.

As you’d expect, more attractive people get more replies. And since they themselves get so many more messages than everyone else, they write back much less frequently.

A random data set of 7,140 chosen from all female users in big cities, with only one profile photograph, between the ages of 18 and 32, and  “average-looking people;” (no extremes of attractiveness or unattractiveness). To quantify “profile success” for women, new messages received per active month on the site was used.

Finding: “For women, a smile isn’t strictly better: she actually gets the most messages by flirting directly into the camera. However, flirting away from the camera is the single worst attitude a woman can take. Certain social etiquettes apply even online: if you’re going to be making eyes at someone, it should be with the person looking at your picture. The Cleavage Shot is very successful, drawing 12.9 new contacts per month, or 49% more than average.”

OKCupid Picture Analysis: Advice for Men: Look Away From the Camera and Look Mysterious

A different metric was used for men because they are more likely to initiate a ‘hello’ than women. The metric for effectiveness for men is the ratio of “women met per attempt”.  Basically, this is how many women a guy has a conversation with, per new woman he reaches out to. 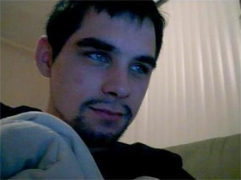 Finding: “Men’s photos are most effective when they look away from the camera anddon’t smile. Maybe women want a little mystery. What is he looking at? Slashdot? Or Engadget? While making flirty eye contact is relatively okay for men, flirting away from the camera is the worst thing they, too, can do…

If you’re a guy with a nice body, it’s actually better to take off your shirt than to leave it on. If you’re not the type of guy who can show off your muscles, don’t veer off in the opposite direction and get all dressed up. Outfits more sophisticated than a simple collared shirt fare poorly.”

OKCupid Picture Analysis: Advice to All: Show Yourself Doing Something Interesting

Incoming contacts and answers were mathmatically modeled to see if the messages generated by a photo went unanswered or turned into legitimate conversations as measured by the number of messages back and forth. 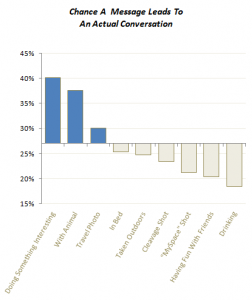 Finding: “If you want worthwhile messages in your inbox, the value of being conversation-worthy, as opposed to merely sexy, cannot be overstated.”

We combed through over 4 million match searches by gays and straights.

Links to the full stories: