Chick-fil-A, KFC and McDonald’s update menus to market to Millennials

The rush is on to bring in Gen Y.

In the past month, several QSRs and fast casual restaurants have announced menu changes targeted toward Millennials.

Chick-fil-A is the latest to join the trend. The chain is adding more healthy options to its menu in hopes of attracting Gen Y.

According to USA Today, Chick-fil-A will be adding three salads including the Grilled Market Salad, Asian Salad and Cobb Salad. Each one is fewer than 430 calories.

Chick-fil-A wraps are also getting a healthy upgrade and will feature tortillas made with flax bread.

John Cywinski, the U.S. President of KFC, told USA Today that expects the majority of the chicken sold at KFC to be boneless by this time next year. The boneless chicken wings were added to KFC’s menu on April 14.

And of course, McDonald’s has received hype surrounding McWraps. Last month, Ad Age wrote that McDonald’s didn’t even rank in the top 10 restaurant chains for Millennials.

McDonald’s responded by adding the “Subway buster” McWraps to its menu. The wraps come in three flavors (sweet chili chicken, chicken and bacon, and chicken and ranch) and can be made with either grilled or crispy chicken. 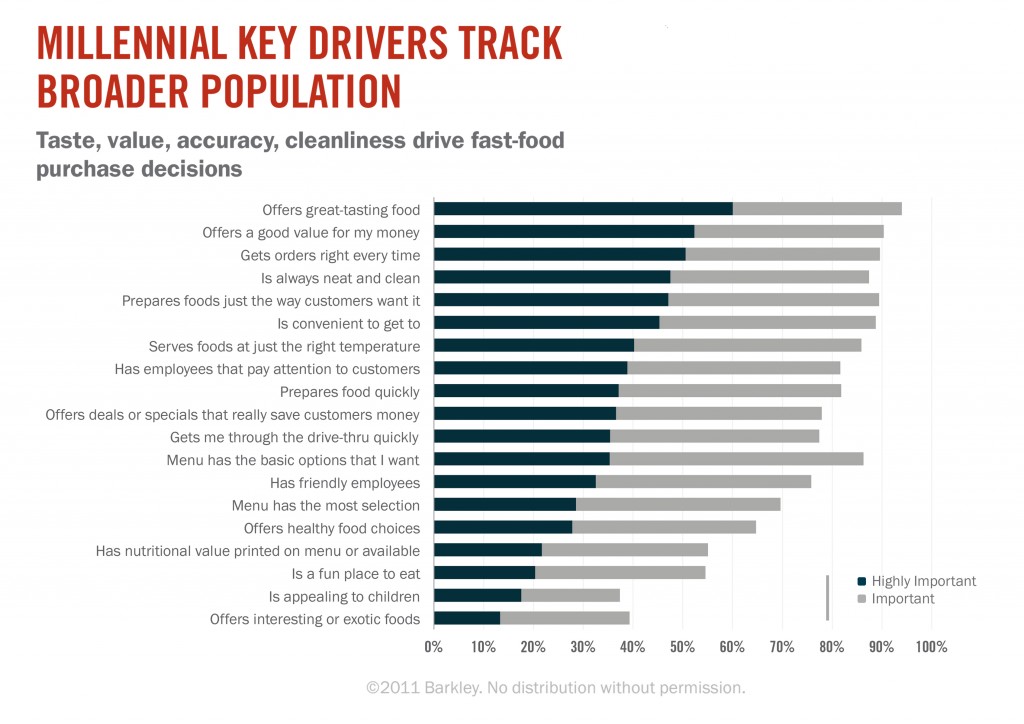